History of OSU Libraries and Press

1851 The Oregon territorial legislature passed an act whereby a university would be established at Marysville, which in 1853 was renamed “Corvallis” (a Latin compound meaning "heart of the valley"). Corvallis is within the traditional homelands of the Mary's River or Chepenefu band of the Kalapuya tribe.

1870 First graduating class – one woman and two men – graduated with Bachelor of Science degrees. These were the first degrees granted in the western United States by a state-assisted college or university. The first Bachelor of Arts degrees were conferred a year later. Professor Joseph Emery is elected librarian, and in 1872, he served temporarily as acting president.

1890 The college is a national leader in gender equality by being one of three land grant institutions to offer scientific courses to women. The library of the Adelphian, a student literary club, is presented to the college and becomes the nucleus of the library’s collection, and the first full-time librarian position is established with May Warren. Faculty passed a resolution that no students would be allowed to smoke in buildings or on college grounds.

1892 For the first time, students of the opposite sex are allowed to work and study together.

1899 Student enrollment tops 350 and is the largest of any college in the state.

1904 Approval given by the Board of Regents to allow international students to attend the college for the first time.

1918 Kidder Library opens — originally named the Library Building, it was renamed Kidder Library to honor Librarian Ida Kidder, who died in 1920 and was succeeded as head librarian by Lucy Lewis. 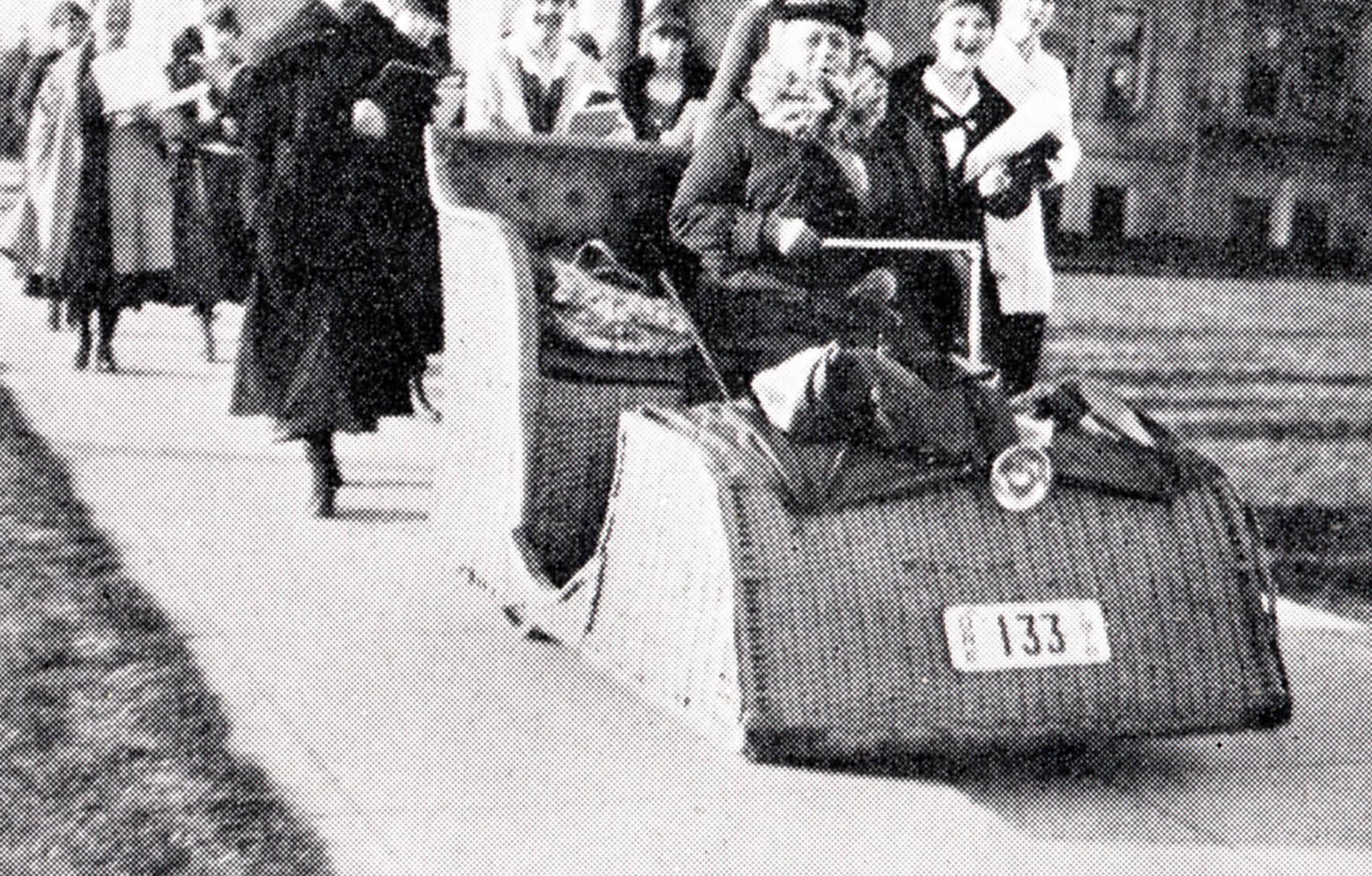 [1908] When walking became difficult for Ida Kidder, the college’s first professional librarian who was beloved by students, she got around campus in a cart called the wickermobile. (P003) 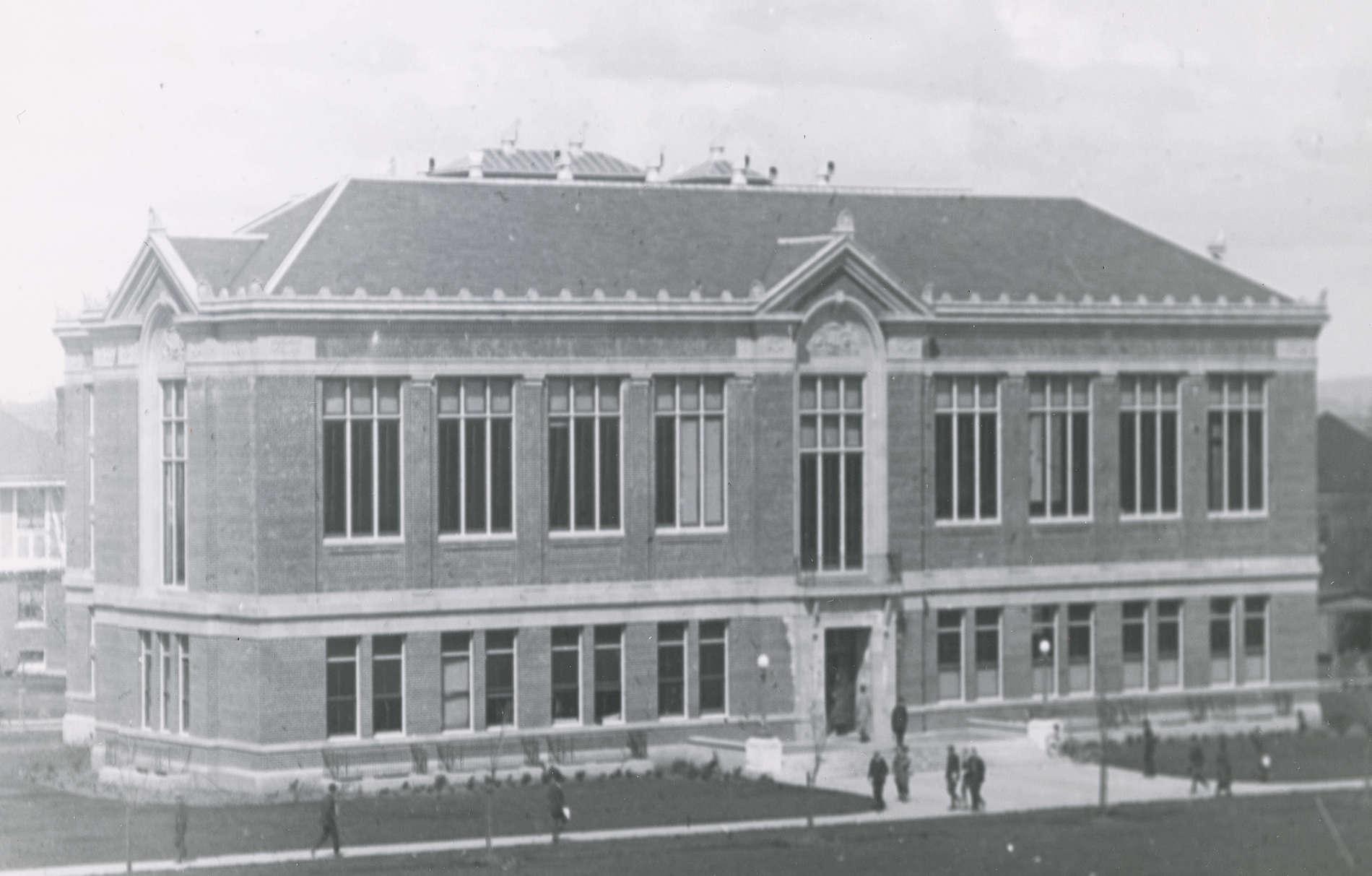 [1918] Kidder Library after it opened in 1918. That building is now Kidder Hall, which is across the library quad from the Valley Library. (HC0075)

1954 The college library is renamed the William Jasper Kerr Library to honor the longtime OSU president.

1961 An Oregon legislative act changes the name of the institution to Oregon State University. University Archives is founded. OSU Press is founded and begins publishing books about the Pacific Northwest. 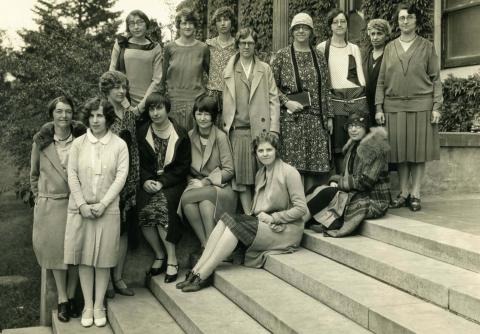 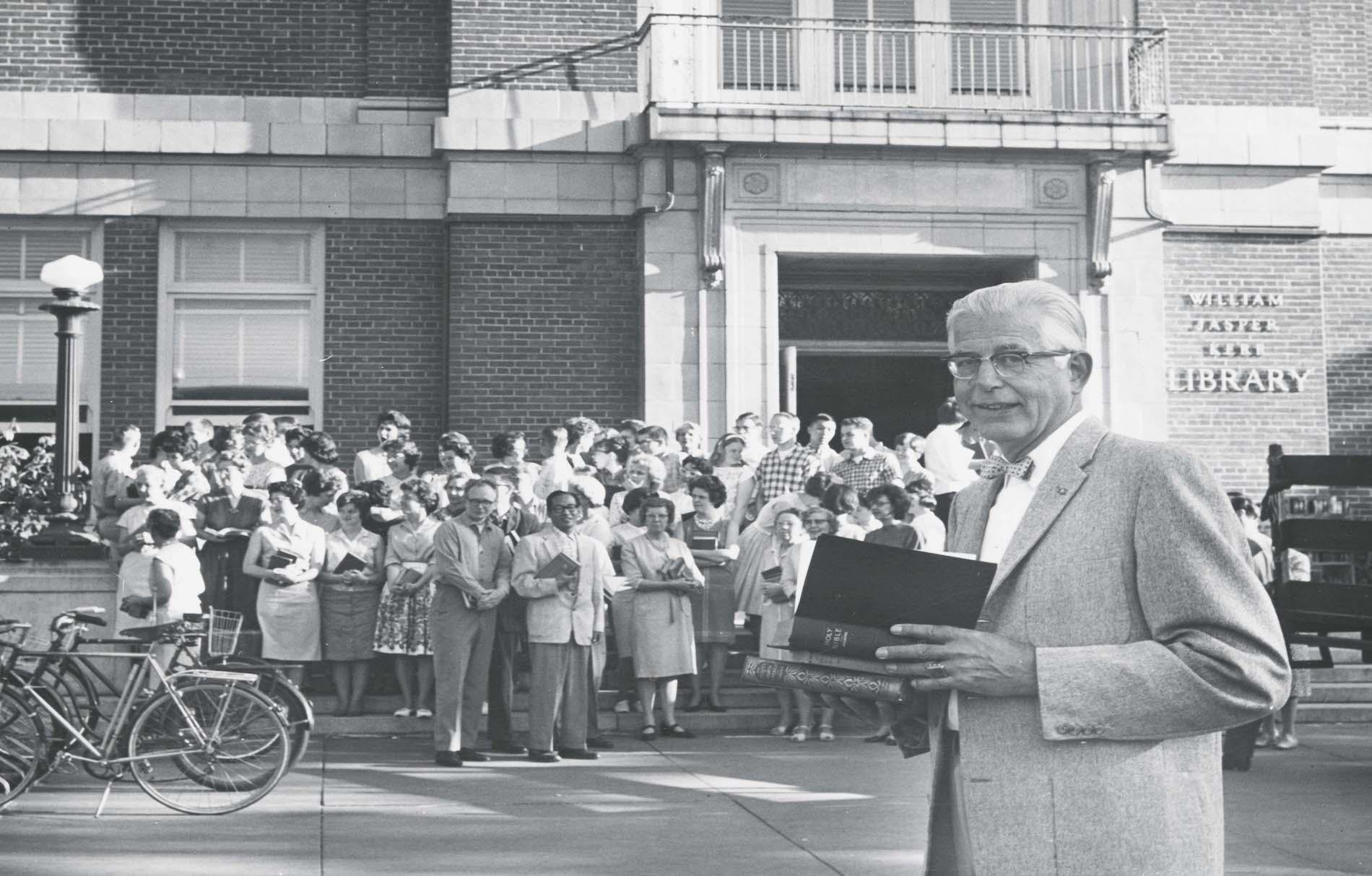 [1963] University Librarian William Carlson oversaw the construction of the new Kerr Library, and here is with staff as they carry their favorite books to the new library. (HC1932) 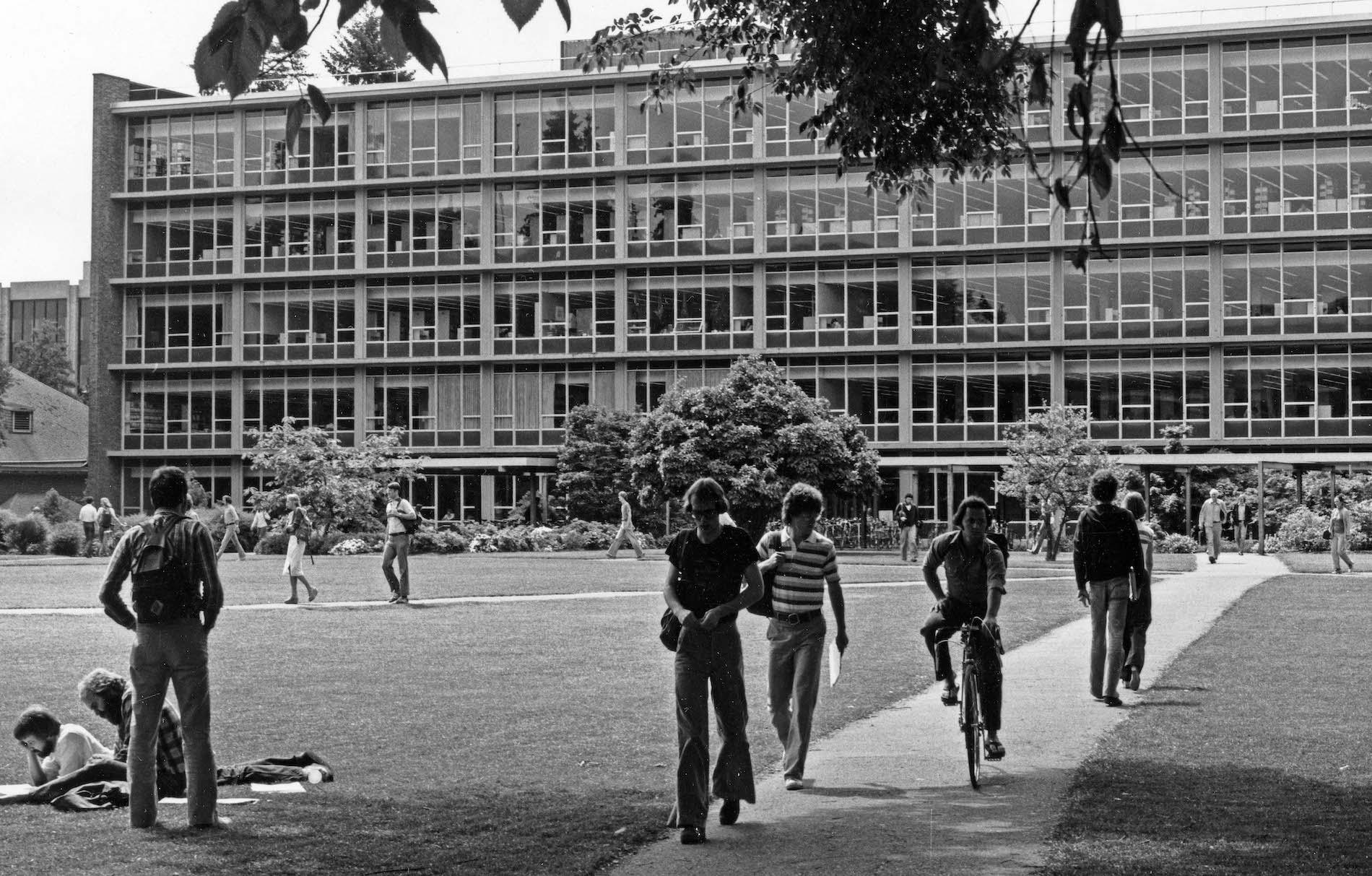 1986 OSU grad and scientist Linus Pauling, the only person to win two individual Nobel Prizes, designates OSU as the official repository of his papers and medals, which are located in the Special Collections and Archives Research Center in the Valley Library. Pauling was awarded the Nobel Peace Prize in 1963 and the Nobel Prize for Chemistry in 1954.

1996 Karyle Butcher becomes University Librarian as Melvin George retires, and ground was broken for the $40 million expansion and remodel of the library. 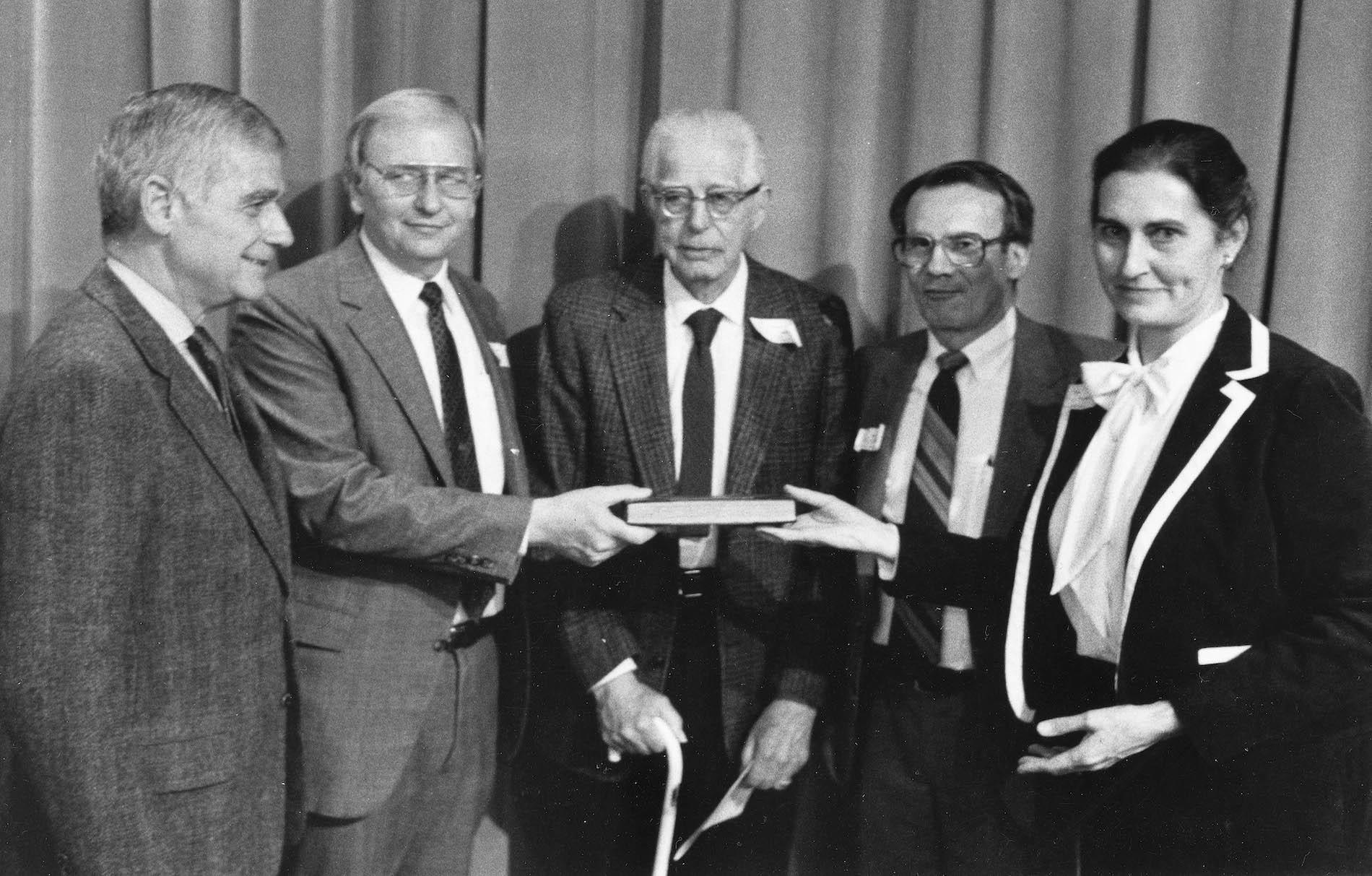 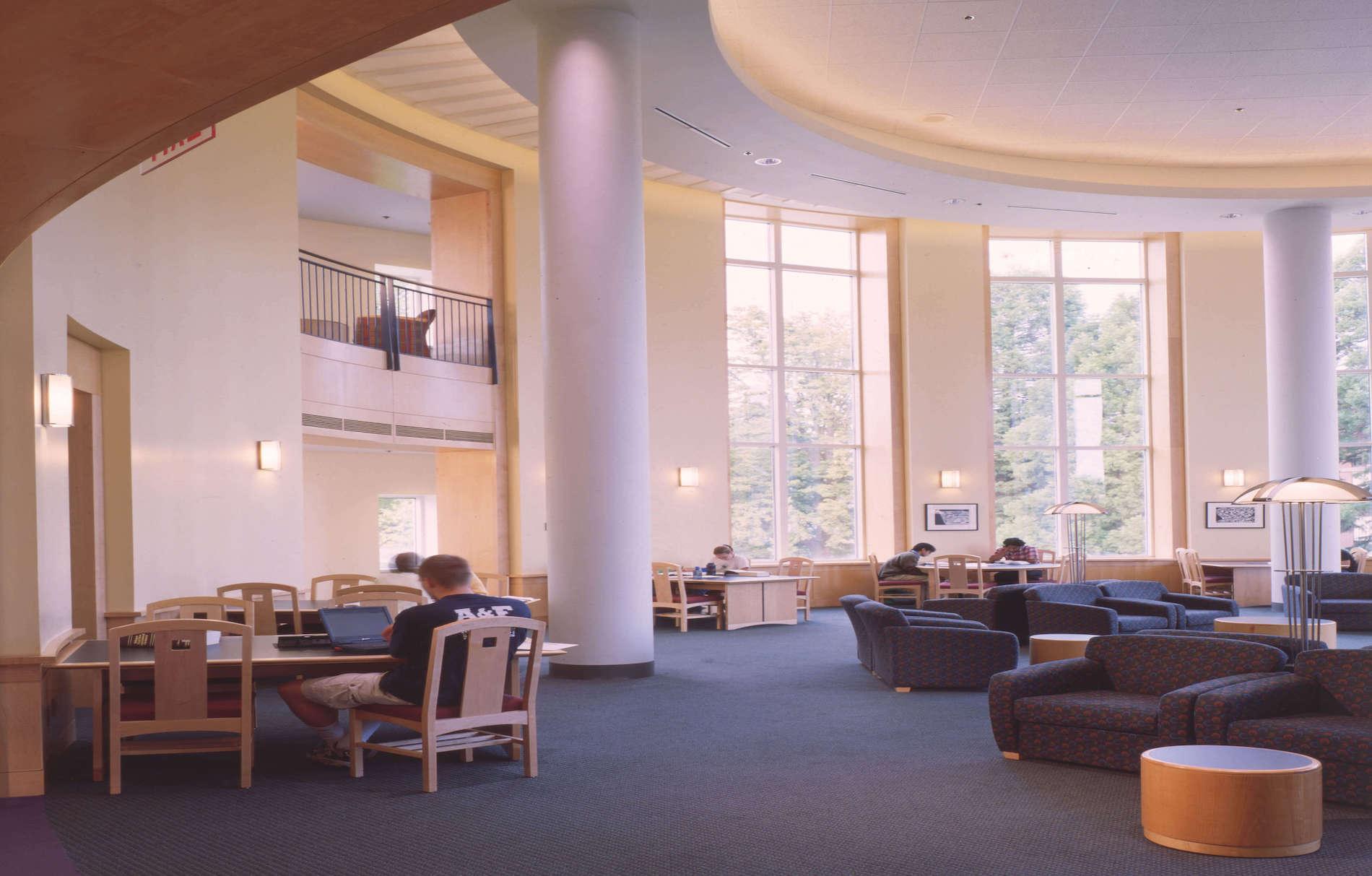 2001 The Board of Higher Education awarded the new branch campus in Bend to OSU, and classes at the new OSU-Cascades Campus began in September.

2011 50th anniversary of the founding of OSU Press and of University Archives, which is now the Special Collections and Archives Research Center within the Valley Library.

2019 OSU graduates a record 7,202 students during its 150th commencement ceremony. Remodeling is completed of the Valley Library’s third and fourth floors.

2021 Becky Johnson becomes interim president of OSU and the first woman to lead the university.  After Faye Chadwell leaves OSU to be Dean of University Libraries and Scholarly Communications at Penn State University, Anne-Marie Deitering becomes the Delpha and Donald Campbell Dean of Libraries. 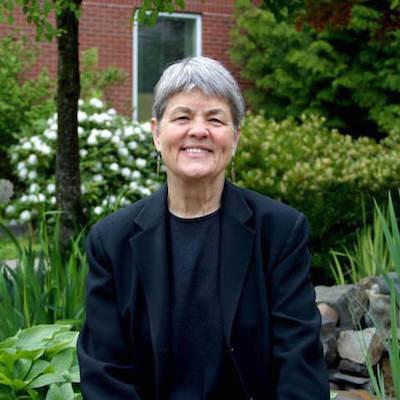